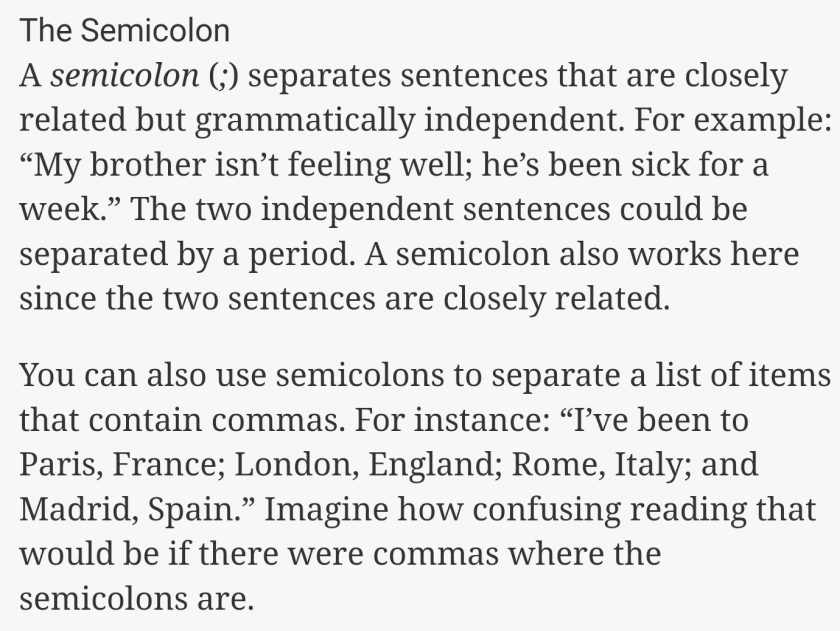 You can also use semicolons to separate a list of items that contain commas. For instance: “I’ve been to Paris, France
; London, England; Rome, Italy; and Madrid, Spain.” Imagine how confusing reading that would be if there were commas where the semicolons are.